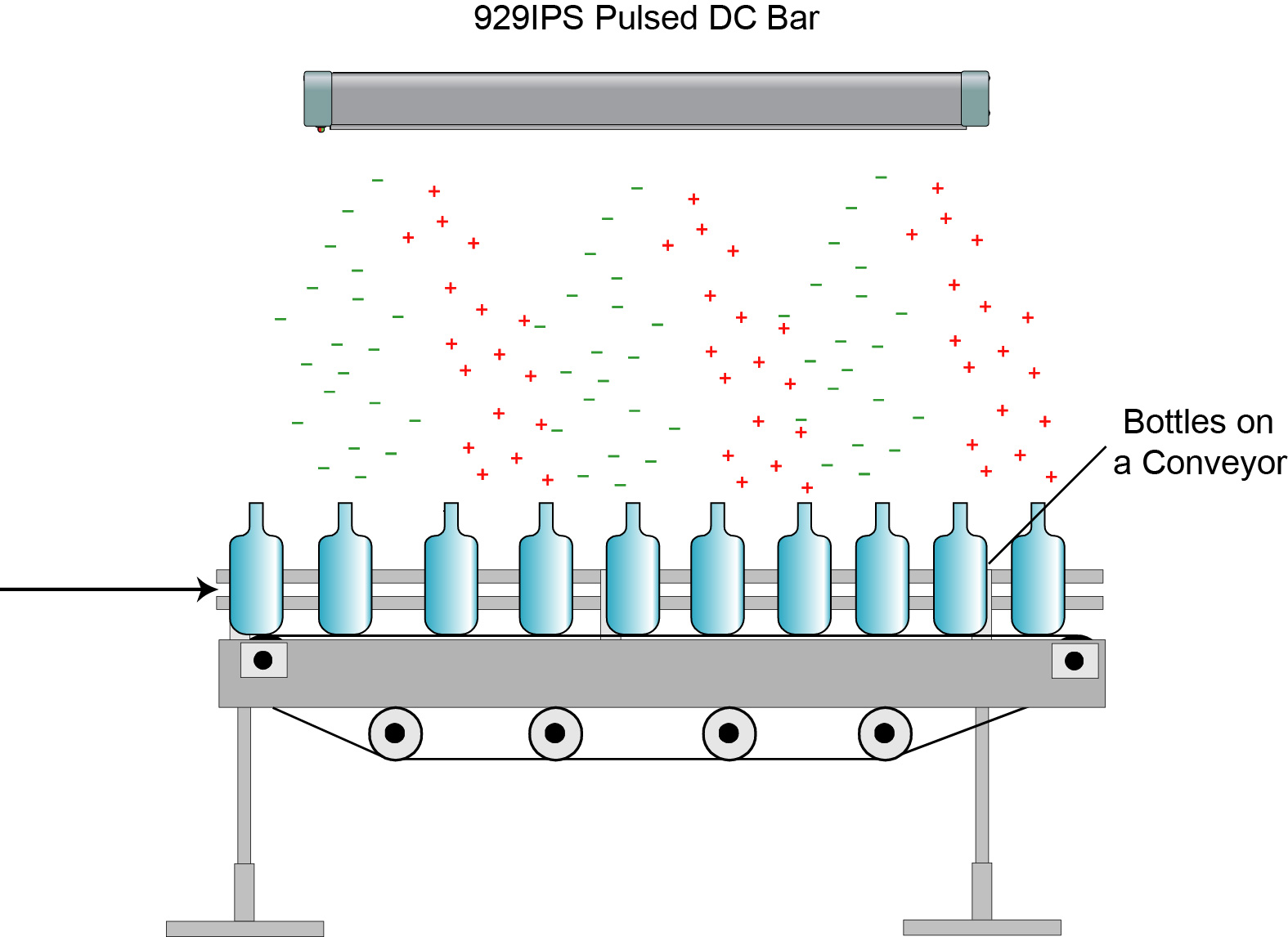 Conveying blow moulded plastic containers (such as shampoo bottles) will result in them building up a large static charge.

This will attract dust, resulting in unacceptable levels of contamination.

Other problems include, the need for additional cleaning at the pre-filling station that will result in higher production costs, and increased risk of operator shocks which has knock on health and safety implications.

Installation of a model 971 or 929IPS Hyperion Bar will work to reduce the build up of static charges.

Constant streams of ions from the Meech Hyperion Bar will neutralise the blow moulded bottles, the conveyor and the operators’ bodies via their hands and arms, which are reguarly placed within the ionisation field.

The Meech Hyperion Bars are typically mounted above the conveyor on a raised strip light gantry.