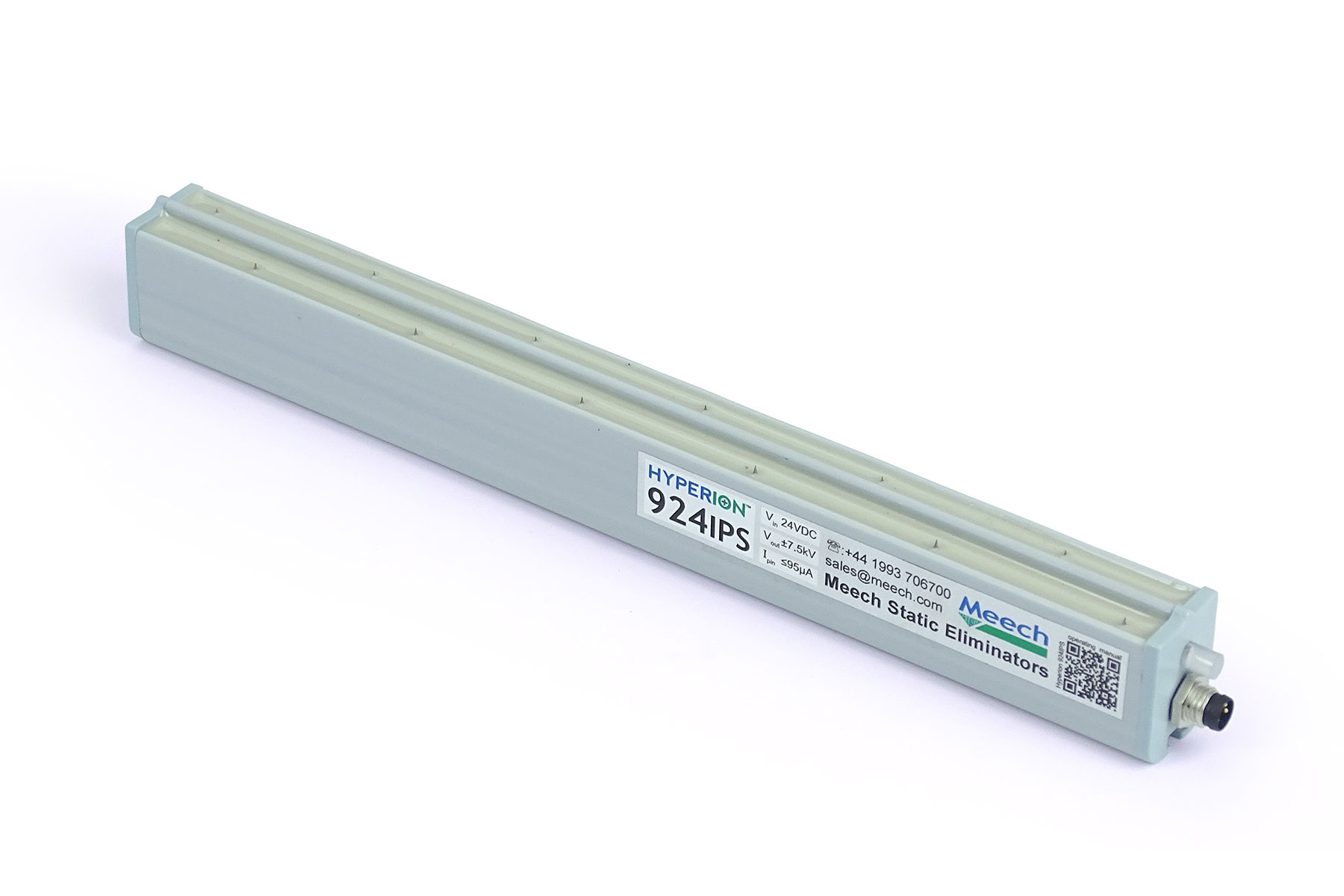 Meech International has confirmed its presence at the upcoming K Trade Fair (Hall 11 – B60, Messe Düsseldorf, 19th – 26th October, 2016), the key international exhibition for the plastics and rubber industry. The show will provide Meech, one of the world’s leading manufacturers of electro-static control systems, an opportunity to highlight the role it plays in a number of applications within the sector, including in-mould labelling (IML), winding and extrusion.

“The plastics industry is a key area of interest for Meech, as it offers numerous business opportunities,” says Ralph Simon, Area Sales Manager, Meech Elektrostatik SA. “Since the 2013 edition of the show we’ve expanded further our technology offering, which we are confident will successfully tackle the static control issues often encountered in a variety of plastic applications.”

One of these applications is web winding, in which machines are capable of generating large static charges on insulative materials. The presence of these charges can result in incorrect roll tension or lead to the attraction of dust to the plastic web surface, as well as cause electrostatic shocks to operators. These issues can be effectively countered with the installation of one of Meech’s Hyperion ionising bars, removing all traces of static from the substrate’s surface.

An anti-static bar can also prove to be a good solution for extrusion. Depending on the application, the presence of static charges can cause issues in a number of areas, such as parison mis-alignment for blow moulding, electronic failures in ink jet equipment when printing onto UPVC (unplasticised polyvinyl chloride), or the attraction of contamination to a plastic surface. As a result, static control becomes a priority also for extrusion applications.

Alternatively, in-mould labelling is a process in which static generation can prove beneficial. With IML, a label is placed within a mould as the container itself is being formed, as opposed to being stuck to the surface of the finished product with an adhesive. It is maintaining the label in an accurate position inside the mould tool that can be a challenging procedure, and its misplacement can lead to the product being rejected. However, using a Meech IML generator to pin the label in-situ using static electricity provides an excellent temporary bond to fix the label in place during the moulding process.

“The combination of our innovative technology and industry knowledge places Meech in the position to answer all of the plastic sector’s static control needs,” concludes Ralph. “Our extensive range of systems will be on display at K, which will likely generate significant interest in our product offering and services. We look forward to a very productive show.”