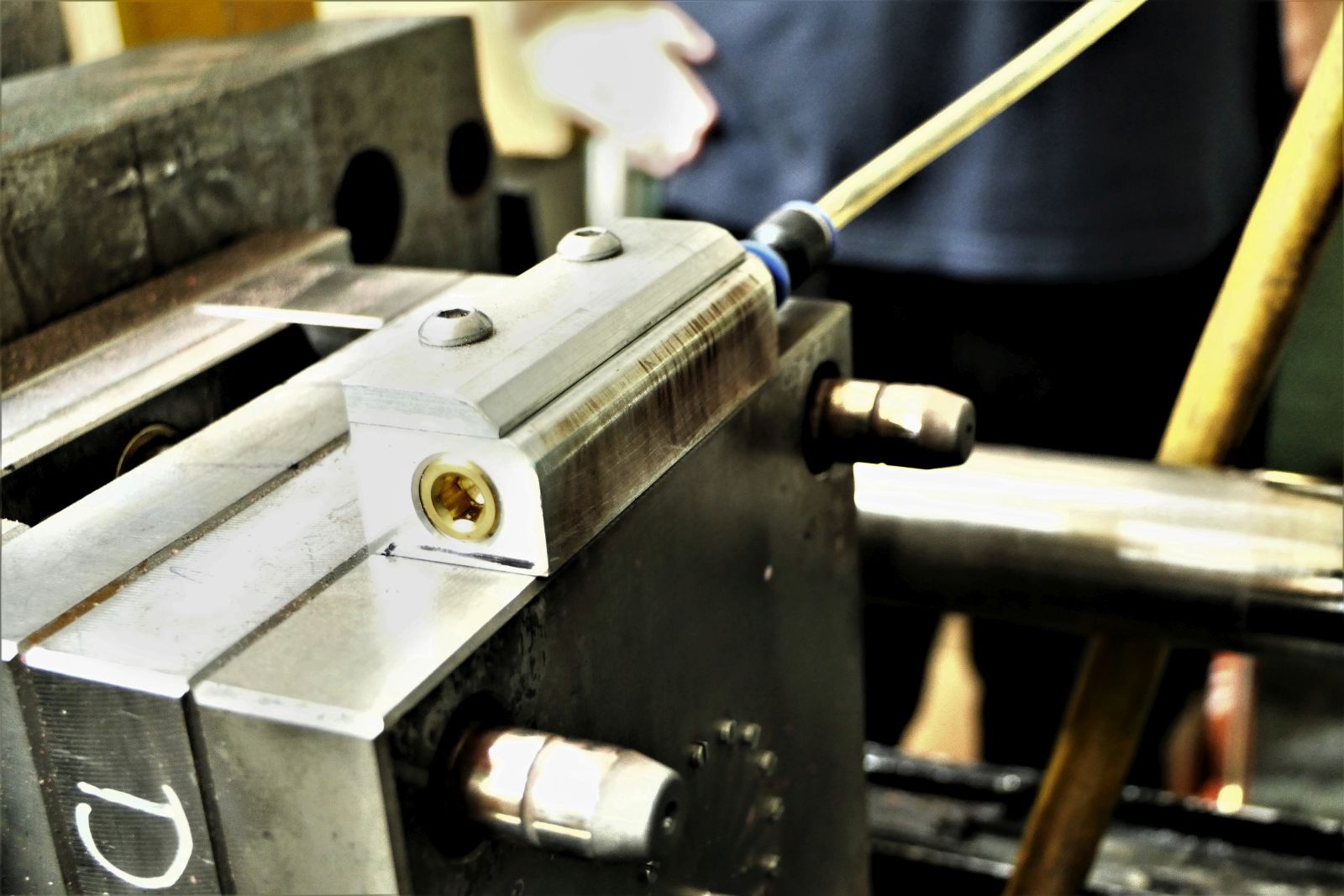 PNP has built its reputation based on both the quality of the plastic parts it manufactures and the speed of its service. Says Nigel Brammar, the company’s Business Development Manager: “We work closely with our clients to understand their requirements and then provide them with a fully integrated bespoke service; from conceptual prototypes through to full scale production and completion. We always strive to deliver high quality products to our customers in a timely fashion.”

As part of this service to its customers, PNP is always looking to identify challenges and problems in its production processes and seek to improve them. One such challenge involved the injection moulding process, in which smaller, lighter items would sometimes stick to the moulding tool. This prevented them from being released and collected for packing and also caused jams in the injection moulding machinery. The company installed an air technology system to counter these issues, but this actually further disrupted the production process, albeit in a different way: “We initially used a simple air blast system to help items detach from the injection mould tool,” says Brammar. “However, where the moulded items were very small and light, they would be pushed off into different directions and wouldn’t fall uniformly into the collecting bins – sometimes missing the bin altogether. Not only did this increase waste and disrupt the production process, the air systems themselves were quite noisy and uneconomical.

“We were on the lookout for a more efficient solution and that’s where Meech comes in. Meech is actually a customer of ours; we supply them with small mouldings for their anti-static components and following a routine visit to their Oxfordshire headquarters in March 2019, I picked up some brochures on their air technology solutions. When I passed them on to our engineering team, they were immediately intrigued by the characteristics of Meech’s energy saving air curtains. Their efficiency, compact size and reduced energy consumption ticked all the boxes for us and we were keen to get one installed on to one of our injection moulding machines to test its performance.”

Due to their size and shape, Meech air curtains can be fixed directly on to PNP’s moulding tools, allowing them to be positioned over the mould cavities with minimal separation. Brammar is clear on the benefits that the air curtain provides: “So far, we have modified and tested one injection moulding tool with great success, noticing reduced wastage levels and improvements in overall manufacturing times. Our staff also greatly appreciate how quietly it operates after the noise levels generated by the previous system.

“The design of the air curtains allow ambient air to be sucked into the compressed air flow at ratios of around 25:1, meaning Meech’s air curtains are more economical compared to our previous air blast equipment – the compressed air supply required is substantially less than for a conventional air blast – in fact, basic testing on Meech’s energy saving air curtain suggests that it uses a fraction of the previous air demand. This aligns with our wider business policy of reducing energy consumption.”

PNP is now looking to invest in more Meech air curtains: “We are planning to install a second air curtain from Meech onto another injection moulding machine, which has previously been damaged due to mouldings not releasing properly.”

Brammar is also pleased with the company’s ongoing relationship with Meech: “They have been a valued customer of ours for many years and it’s great now to be working with each other to mutual benefit. Meech’s technology has had an immediate positive impact on our business and we look forward to seeing what further investment in their compressed air curtains will do for us.”

Iain Cameron, Marketing Director at Meech International says: “The marked improvement in productivity that PNP has noted since the installation of its first air curtain from Meech is testament to the quality and efficiency of our compressed air technology.

“We’re delighted with the results they’ve seen and that they are looking to use more of Meech’s air curtains to help with the productivity of other injection moulding tools. We’ve had a very positive two-way relationship with PNP and we look forward to this continuing in the future.”