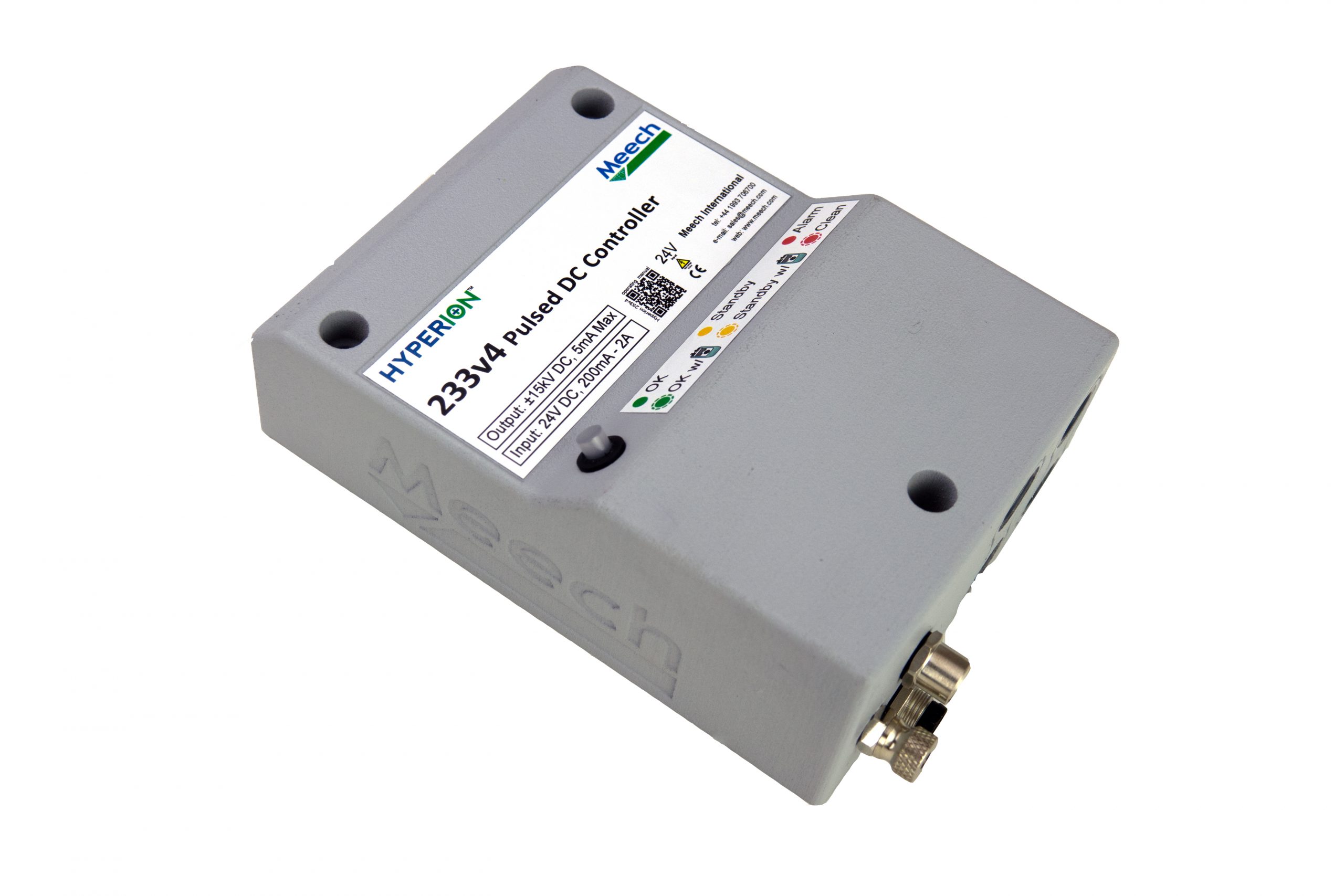 Meech International, which has been developing static control systems for the printing, packaging and plastics industries for more than 20 years, has announced the latest addition to its highly successful and innovative Hyperion product family – the 233v4 Pulsed DC Controller. Suitable for use in a wide variety of sectors, the 233v4 is a compact and powerful device that enables greater control of the ionisation performance.

“Uncontrolled static is one of the most common reasons for poor productivity across many sectors, yet it remains an issue that is often overlooked,” says David Rogers, Technical Director at Meech International. “As pioneers for the industrial use of Pulsed DC technology, Meech prides itself on the creation of innovative products such as the ones found in the Hyperion range, which is designed to counter static generation on production lines.”

“For any static control solution, an ionising bar is a key component – but the controller determines its output and how efficiently it functions,” continues Rogers. “An upgrade to the current 233v3 and 997CM Hyperion controllers, the 233v4 offers ultimate flexibility in the delivery of ionisation. With Meech’s Ion Current Monitoring technology and a maximum output voltage of 15kV, it’s the most powerful and capable controller in the Hyperion range.”

Meech’s Ion Current Monitoring (ICM) technology monitors the effectiveness of the ionising equipment. This is supported with integrated LED status signals that alert operators when the attached ioniser needs to be cleaned, preventing unscheduled stoppages and keeping the machine running efficiently.

Output voltage, frequency and balance adjustments can be made through the Hyperion BarMaster Remote Programmer, ensuring the ionisation system is running at the most efficient level relative to its application.

Simple to set up and install, the 233v4 is powered by 24V DC via a standard industrial M8 connector, while its dual output allows for the control of two ionisers simultaneously. The 233v4’s IP67 rating means the controller is not vulnerable to dust, water and other contaminants, ensuring consistent performance.

“To maintain finished product quality, static control systems should be optimised at all times,” says Rogers. “Meech’s Ion Current Monitoring technology allows for constant assessment of the ionisation performance and with the BarMaster Remote Programmer, alterations to output voltage, frequency and balance can be made depending on the substrate, the amount of static detected, or the production environment – for example, sensitive applications are present in cleanroom environments, so this is where voltage adjustment may be essential.

“With technological enhancements and notification systems, this latest addition to Meech’s product range ensures our customers can work in the most productive way possible, helping to ensure the minimal disruption and optimal performance of production lines.”