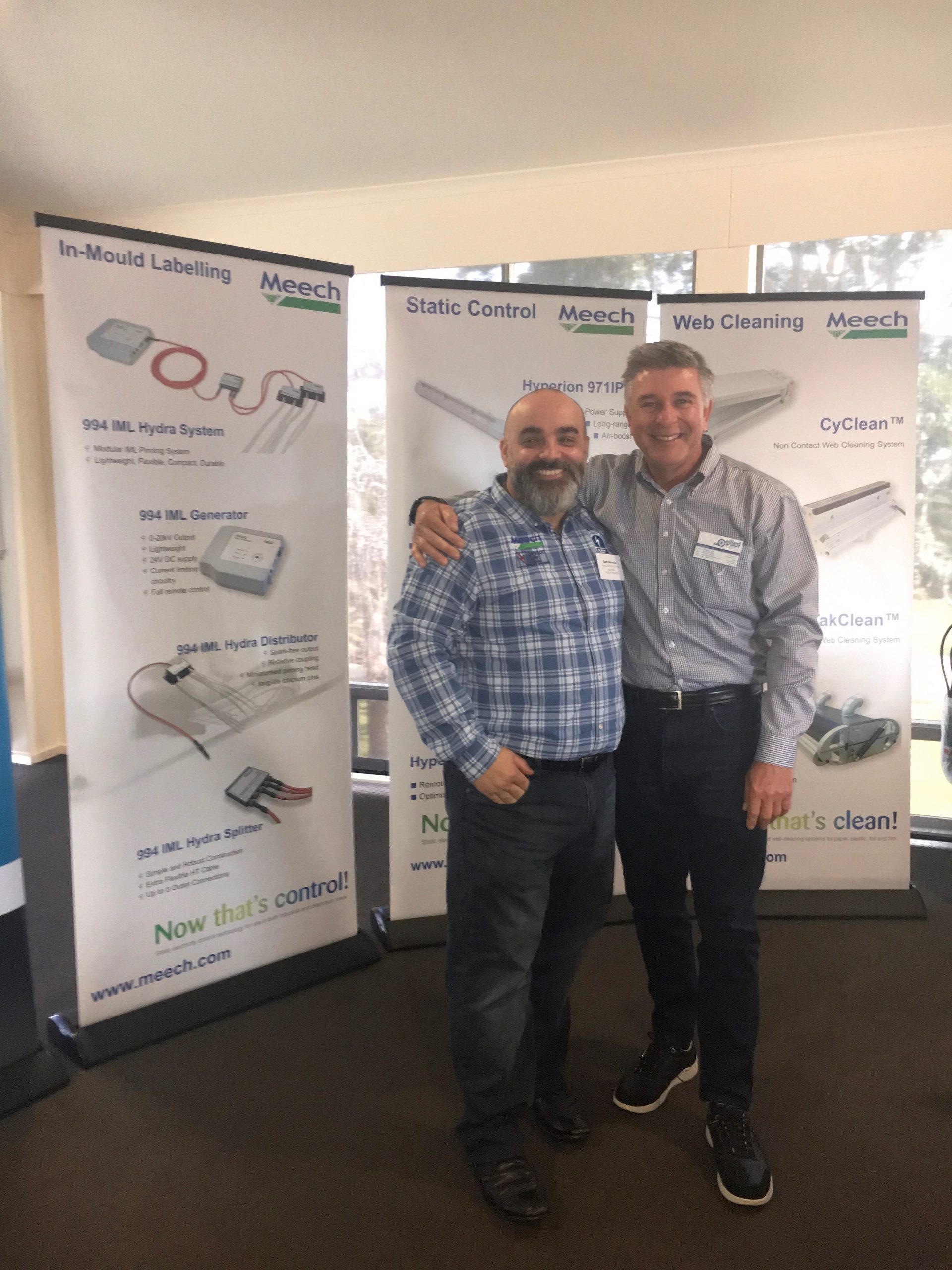 Static HNH 2017 is the only conference dedicated to static electricity control and took place in the Oceanic region at the picturesque Mornington Golf Club on the Mornington Peninsula in Melbourne Australia on Thursday August 31st & Friday September 1st 2017.

The event was a wonderful success and has already generated numerous follow up requests by customers to assist with their static control issues.

The Meech International Award is in recognition of a company or individual who has significantly raised the awareness of static electricity within industry and was awarded to Innovia Films CCL.

“We are humbled to receive this award …we started on a journey with Meech Australia 3 years ago with a view to improving safety and correcting product misbehaviour  and whilst we still have much to do we are also proud of what we have achieved thus far….” (Glenn Wiese  CCL Innovia Films OHS&E Manager SEA)

Meech Australia would like to thank Peter Stewart, the distributor for Meech in New Zealand for his support during the conference and his contribution to the Cyclean™ workshop.

Meech Australia would also like to thank Chris Francis for his support and guidance and the team at Meech International, Adam, Iain, David and in particular Abi Fordham for all of her hard work and support.